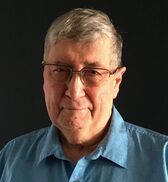 Pianist, composer, author, and educator Charlie Austin has influenced an entire generation of western Canadian jazz musicians. As a performer, his versatility and musicianship have seen him establish a solid career for the past five decades, playing in a wide range of settings from festivals, clubs, concerts and theatres as well as recording and television studios. He has appeared with a diversity of stars such as Mel Torme, Henry Mancini, Robert Goulet, Viki Carr, Connie Stevens and the Edmonton Symphony Orchestra to name a few.

Now retired, the former head of the Piano Department at Grant MacEwan University taught keyboards, jazz theory, ear training, ensembles and improvisation for nearly thirty years, inspiring many students who have gone on to become leaders on the scene today. He continues to encourage aspiring musicians during his frequent appearances at local jam sessions.

A published author, Austin has released 450 Contemporary Piano Studies in 15 Keys, followed by An Approach to Jazz Piano, which has been used for classroom instruction, and is now available in a revised fifth edition.  To date, this text has been purchased in 37 countries worldwide.  Reviewers and readers have praised the books for their well-informed, original, and comprehensive approach to music instruction.

As an artist, Austin has recently released solo piano albums, It Could Happen To You and If I Should Lose You, featuring beautiful interpretations of jazz standards, with tunes by Henry Mancini, Jerome Kern, George Gershwin, Antonio Carlos Jobim and more, as well as his own “Song for Bill Evans,” and in 2014, Homage, a trio recording with Rene Worst an Mike Gillespie: an energetic, creative, lyrical interplay of piano, bass and drums, featuring jazz classics and Charlie's originals.  His most recent recording project is Perspectives 40, featuring two piano trios, forty years apart. From 1978, a never before released live CBC radio session of originals, with Charlie on piano and suitcase Fender Rhodes, Tom Doran on drums, and John Sereda on bass.  A lifetime later, from 2018, a new perspective, with both originals and standards, with Mike Lent on bass, and Jamie Cooper on drums.